A rusty, grimy wind chime that appears in the opening scene of the current film “When A Stranger Calls” is Fowler’s handiwork.

Hollywood heads want blue-ribbon talent. Chambersburg artist Craig Fowler was able to give them exactly what they were looking for. A rusty, grimy wind chime that appears in the opening scene of the current film “When A Stranger Calls” is Fowler’s handiwork. The film is a remake of a 1979 thriller about a babysitter terrorized by a sadistic phonecaller.

What got him the job, he said, was a photo on the home page of his website, www.craigs-creations.com. “It all started with a phone call last July,” said Fowler.

Robyn Holmes, a buyer for Sony Pictures and Paramount Studios, found him while searching the Internet for a wind chime for film director Simon West. Holmes told Fowler she was impressed with the blue ribbon in his photo, a “Best Of Show” ribbon he has won two years in a row at a Havre de Grace, Md., show. Although she liked his silverware wind chime, the studio wanted something bigger, she told him.

“She gave me total creativity,” said Fowler. “I made one four-and-a-half times the size of a normal one. Over the weekend, Fowler created a piece he calls spiral elegance- four mobiles of polished silver spoons cascading in spirals. The studio received it the following Tuesday. That evening, the phone rang. It was the set director.

“The wind chime is drop-dead gorgeous,” Fowler was told. “We couldn’t have designed one better.” In the background, he could hear whooping and hollering. Holmes was celebrating. A new employee, this was her first buying job and she was elastic. But 45 minutes later, the phone rang again. Holmes was on the line.

“We just showed the wind chime to the director,” she said, “and it’s not what he wants.

“OK, what does he want?” Fowler asked.

The director wanted something more sinister looking, more grungy, with more knives and forks. Down in his basement, Fowler dumped out a burlap bag full of recently- purchased silverware, which he buys in lots. “The stuff in this bag was like you took 400 pieces of silverware, buried it in the ground and dug it up 30 years later,” he said. “It was perfect. It had rust like barnacles on a boat, spider webs and spider nests through it. “

He created his Sinister Sisterchimes in a similar style to the first, but instead of a graceful spiral he formed opposites. Instead of clear fish line, he used black thread, tied in knots. He boxed it up and sent it Thursday morning. At midnight Friday, the studio called again. It was just what they wanted.

After the scene was shot, the studio sent a still photo of the macabre vision, The shadowy chimes hang from a spruce branch in the foreground with a well-lit brick house in the background, the scene of a murder that opened the story.

Fowler was given instructions to not publicize or show the photos until the movie opened. Now, he can’t keep quiet.  Jessica Harmon, who saw the movie locally over the weekend, was frightfully impressed.

“It was creepy,” she said of the wind chime scene. “It definitely fit the movie. 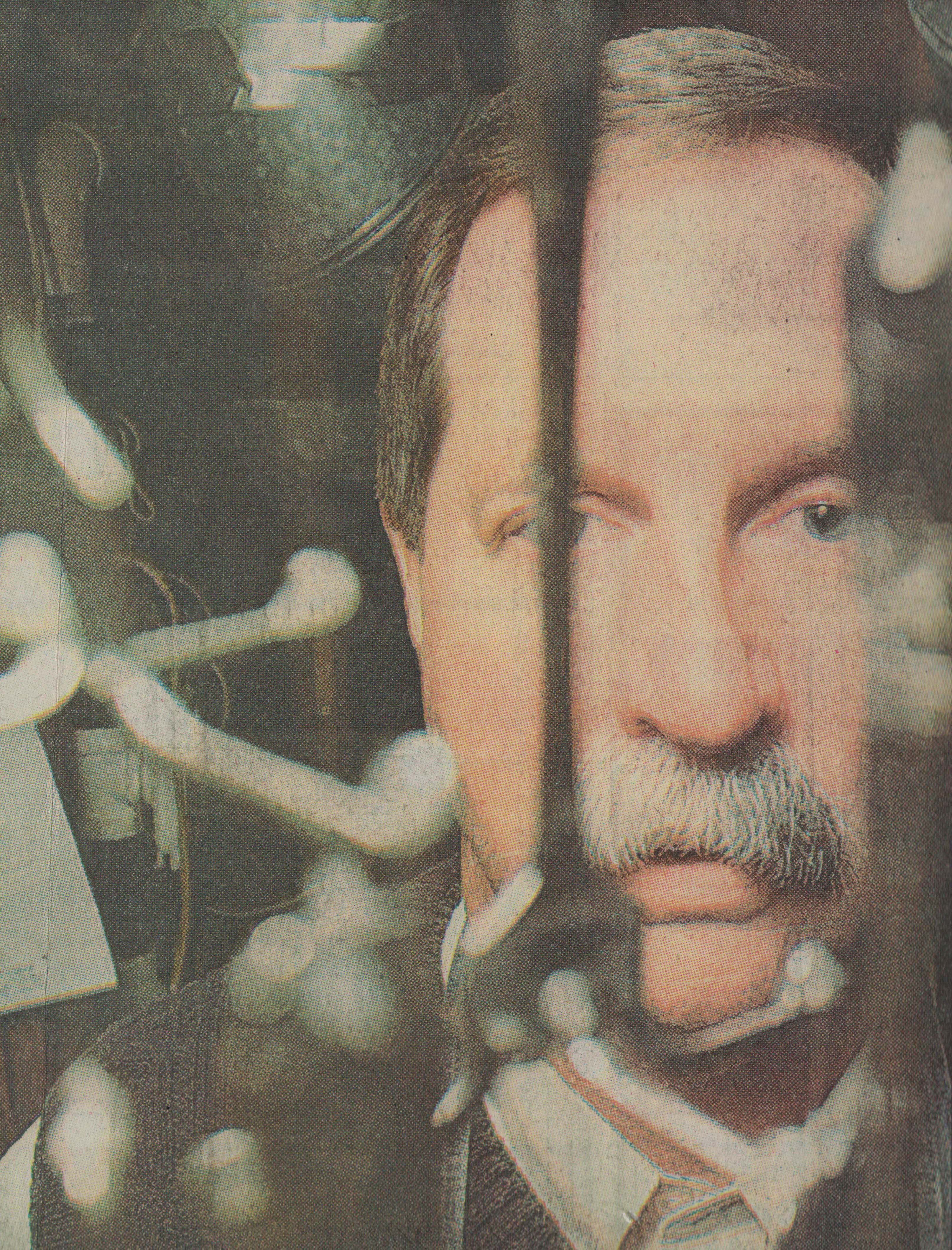